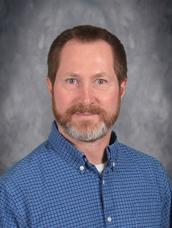 Southwestern has 6 ability based band classes, involving almost half of the student body at Southwestern.  Our students enter band in 6th grade, with little to no musical instrument experience and continue through 8th grade performing music at a high school level.  Each year we have about 60 to 70 students participate in the ISSMA Solo and Ensemble Contest.   Since 2002, the Intermediate and Advanced bands have consistently earn GOLD ratings in group III and Group I at the ISSMA Band Contests  All bands perform 3 to 5 concerts annually, with the top band performing at the TSC Southside Band Festival and our Veteran’s Day Ceremony.   Prior to the pandemic, Southwestern Bands have earned 5 ISSMA ALL-Music Awards.

In addition, students in Intermediate and Advanced Band classes can participate in the Wildcat Jazz Band. This is an extra-curricular group that meets 3 times weekly before school to study the jazz idiom, learn improvisation techniques, and perform music not traditionally played in a concert band setting.

The Wildcat Band Program benefits from our community support for music education and the drive for excellence provided by our band parents.  Our band parents understand the benefits that making music can provide our students and support their endeavors to succeed.

Tom Eisan is a native of Indiana and has been teaching instrumental music education for 22 years.  He has a Bachelor's Degree in Music Education and has studied at Ball State University and Western Michigan University.  Prior to teaching, he has performed with the Western Michigan University Jazz Orchestra which has received numerous Grammy Award nominations.  He has also won the prestigious International Trumpet Guild Competition in 1990 and was runner up in 1991.  Mr. Eisan has grown the Southwestern Band program from 80 students to 200 plus students.

A representative from Paige's Music Store comes to the school each week to bring band supplies and pick up instruments for repair.  Please click the link below to learn how to get your child's band instrument repaired.  If you need to order supplies, please call the store at: 1-800-382-1099

If you own your band instrument and need to get it repaired, the Southwestern Bands use Brent's Bench, located in downtown Lafayette.

Please contact the band director for a current list of approved private lesson teachers in the community.

We are working behind the scenes to create a Southwestern YouTube channel for our band families to view previously recorded school concerts.  Stayed tuned for more information.